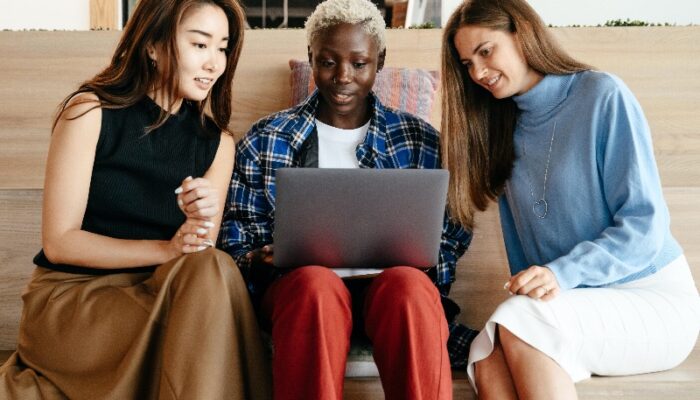 The average person spends 90,000 hours at work over the course of their lifetime. Every person, regardless of race, national origin, gender, sexual orientation, religion, and disability (or perceived disability) should have the same opportunities to earn a paycheck, have their good work rewarded with a promotion, and work in a zone free from harassment. Unfortunately, that’s not always the case. When discrimination happens in the workplace, it’s becoming the employee’s burden to recognize and report the behavior.

Below is a comprehensive guide of federal and state laws that focus on protection against racial discrimination and retaliation, including the individual protections provided by each statute, the required timing for filing a complaint, and available remedies should an employee experience discrimination during their employment.

Every employee in the United States has the unequivocal right to equal treatment in the workplace. It’s enshrined in the Constitution as Equal Protection. Anti-discrimination laws forbid discrimination in every aspect of employment, including, hiring, firing, pay, job assignments, promotions, layoffs, training, benefits, and any/all other terms and conditions of employment.

At Danny Grace PLLC, we work to ensure that our clients receive the full protection of these laws, and when their rights are violated. that they receive just compensation. Racial discrimination in the workplace can come in many different forms, and it is important that every employee knows their rights.

Title VII of the Civil Rights Act of 1964, more commonly referred to as “Title VII”, is the quintessential federal statute offering protections against employment discrimination based on race, color, religion, sex, and national origin. Title VII prohibits both intentional discrimination and retaliation based on a person’s race, as well as neutral job policies that disproportionately exclude or adversely affect minorities.

Title VII protects against the different or unfavorable treatment of an applicant or employee because of their ancestry, race, or the color of their skin.  Other protections include:

Federal law also protects employees from retaliation for asserting their rights or complaining to their employers about the racial discrimination they are experiencing. Asserting these rights are considered “protected activities” and can take many forms, including:

When should you report discrimination?

Don’t wait to report discrimination. Employees have 180 days from the date of the discriminatory incident against them to file a charge with the EEOC and effectively make their claim. Federal employees have only 45 days to contact an EEOC counselor.

Title VII claims may be brought against both private and government employers with fifteen (15) employees or more.

Section 1981 of the Civil Rights Act of 1866 (“§ 1981”) is another federal statute that protects individuals from discriminatory treatment in the workplace by granting all persons the right to make and enforce contracts regardless of race. Since, by its nature, the relationship between all employees and their employers is implicitly contractual (even at-will employees), § 1981 provides unique protections against the unfair and discriminatory treatment of a potential employee during the contract formation process and an employee during the course of employment.  Bringing a claim under § 1981 (as opposed to Title VII) can have several benefits, including:

In order to win a § 1981 claim, you must prove that “but-for” the employee’s race, they would not have suffered. This is a higher legal standard than that which is required to win a Title VII case.

If you believe your employer may have violated your rights under § 1981, the team at Dany Grace PLLC is here to help.

The New York State Human Rights Law (“NYSHRL”) and the New York City Human Rights Law (“NYCHRL”) prohibit employment discrimination within New York and New York City, and are essentially the state/city-specific equivalent to Title VII, offering many of the same protections against discrimination and retaliation on the basis of race. Many other states across the USA have similar State and Local Laws that mirror or enhance the Federal protections.

Who is protected under NYSHRL and NYCHRL?

The NYSHRL specifically applies to all employers through the state, regardless of the number of employees, and includes state and local governments.  It does not include the federal government.  Similar to § 1981, individuals may be held liable for racial discrimination under state law.

The NYCHRL applies to all employees within the five boroughs of New York City and is one of the strongest anti-discrimination laws in the country.

Natural hair protections under the NYSHRL and NYCHRL

In July 2019, the state of New York became the second state in the United States to prohibit employers of any size from discriminating against applicants or employees based on their natural hair or hairstyles typically associated with race, a law already in place under New York City anti-discrimination laws.  This includes traditionally “protective” hairstyles such as braids, locs, and twists. Additionally, the NYSHRL and NYCHRL ban employers of all sizes from having policies prohibiting hairstyles traditionally associated with a particular racial, ethnic, or cultural group.

The NYSHRL offers this unique protection against unlawful discrimination based on race where employers ban or require the alteration of natural hair or hairstyles associated with people of color.  For example, an employee policy to maintain a “neat and orderly” appearance which prohibits cornrows is discriminatory against people of color, and the NYSHRL allows for employees to seek damages for those violations.

Remedies under NYSHRL and NYCHRL

When should you report discrimination to the Human Rights Commission?

Employees have one year after they experience discrimination to file a complaint with the Human Rights Commission, and three (3) years to file a lawsuit in court.

If your rights have been violated by an employer, we can help

It is never okay for an employer to discriminate against their employees based on their race, and many times it is up to the employee to recognize when their rights are being violated and to seek legal intervention.  The rules and procedures under federal, state, and city law can be complicated, but the attorneys at Danny Grace PLLC are here to help.

We are passionate about ensuring equal pay and equal opportunities for all people, regardless of race, national origin, gender, sexual orientation, or religion, and we believe your place of employment should be a safe and harassment-free zone. If you’ve experienced discrimination in the workplace, we want to help you make it right. Get in touch with us today to set up a consultation to discuss your case and your options.

Founded in 2012, Danny Grace PLLC is a boutique employment litigation and immigration practice located in Manhattan, New York. Trust the attorneys at Danny Grace PLLC for a successful outcome on all of your legal needs.

Our team is ready to help you with:

This newsletter is intended as general, useful information. Should you require legal advice from our team, please click here.